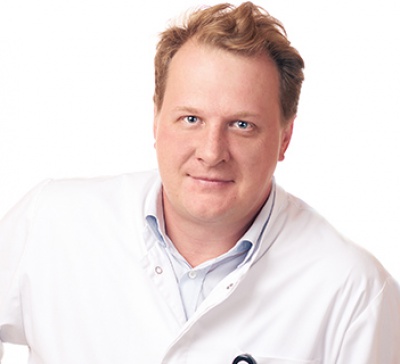 Nazarkin Alexender Yakovlevich was born on the 18th December, 1979.

Nazarkin Alexender Yakovlevich graduated from the Russian State Medical University under the Russian Federation Ministry of Public Health by the speciality Pediatrics.

In the period of September 2003 – August 2004 he took the internship in the Russian State Medical Institute under the Russian Federation Ministry of Public Health at the chair of Traumatology, Orthopedics and VPH (Military Field Surgery) by the speciality Traumatology and Orthopedics.

Since 2004 Alexender Yakovlevich has been working in ZAO “The Institute of Clinical Rehabilitation”.

Nazarkin A.Y. is successfully using the modern medical methods of treatment. He tries to improve the generally-accepted treatment technologies. Alexender Yakovlevich is a practitioner and a research worker.

For the work period Nazarkin A.Y. has the reputation of the competent specialist, who is constantly mastering his professional skills and learning the latest scientific advances in medicine. A.Y. Nazarkin operated more than 1000 patients with congenital and acquired musculoskeletal pathologies, including ICP.

During all his work A.Y. Nazarkin remains a practitioner, who is very responsive to his patients, so he enjoys authority and love over them.